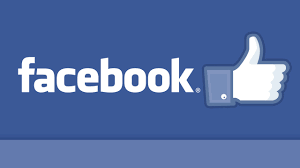 PAACL received our fifth  - 3 year accreditation from CARF International in May of 2017 which is valid up to May 2020.  Accreditation signifies that PAACL's programs have met annual conformance requirements for quality standards that enhance the lives of the persons we serve.  Our programs are funded by Community Living British Columbia (CLBC) and the Ministry of Children & Family Development (MCFD).  PAACL also acknowledges the financial assistance of the Province of British Columbia for our Pathways program.

This October PAACL put on their first charity hockey game. The Port Alberni Fire Department played against the Port Alberni RCMP in an exciting hockey event that also included players from the Alberni Valley Bulldogs acting as coaches and Bulldogs coaches Adam Hayduk and Paul Esdale as special guest players. The game not only showcased some fast paced hockey but also had some surprises in store for the crowd. Among the highlights: referee Ron Paulson was observed taking bribes from the players and later in the game one of the Fire Fighters was arrested and taken away in handcuffs by a uniformed RCMP member for stealing their sticks!

Thank you to everyone who helped
make this event a success!